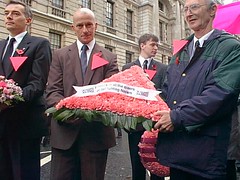 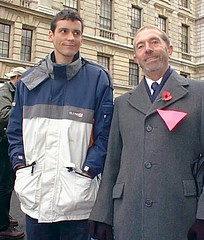 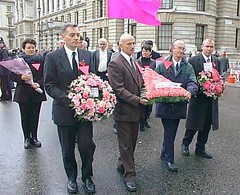 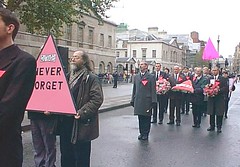 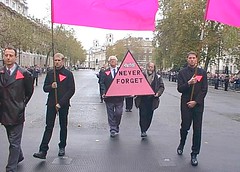 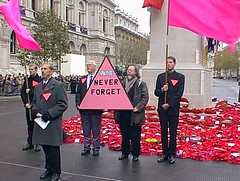 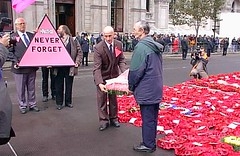 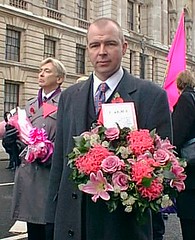 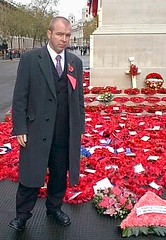 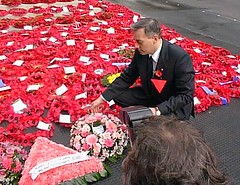 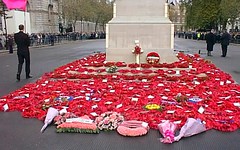 The applause and cheers outnumbered a few isolated incidents of abuse, when some straight veterans and onlookers shouted “queer bastards”, “faggots”, and “you poofs should be ashamed of yourselves”.

Following immediately after the official Remembrance Day ceremony and war veterans’ march-past, the OutRage!-organised commemoration in Whitehall took some of the thronged on-lookers packed against the barriers by surprise.